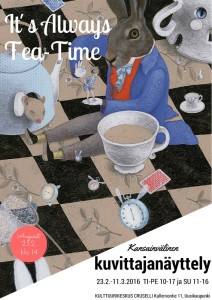 The exhibition “It’s Always Tea-Time”, which was shown in the National Library of Latvia from January until February 2016, has travelled on to the Crusell Cultural Centre in Uusikaupunki, Finland. It will be opened to the public on the 23rd February.

The exhibition “It’s Always Tea-Time” is inspired by Lewis Carroll’s book Alice in Wonderland, which celebrated its 150th anniversary in 2015. Seventy-two artists from 19 countries participate.

The exhibition will be shown in Uusikaupunki until the 11th March. From there it continues its tour around Europe, moving on to Poland, Germany, Hungary, Russia and Italy. 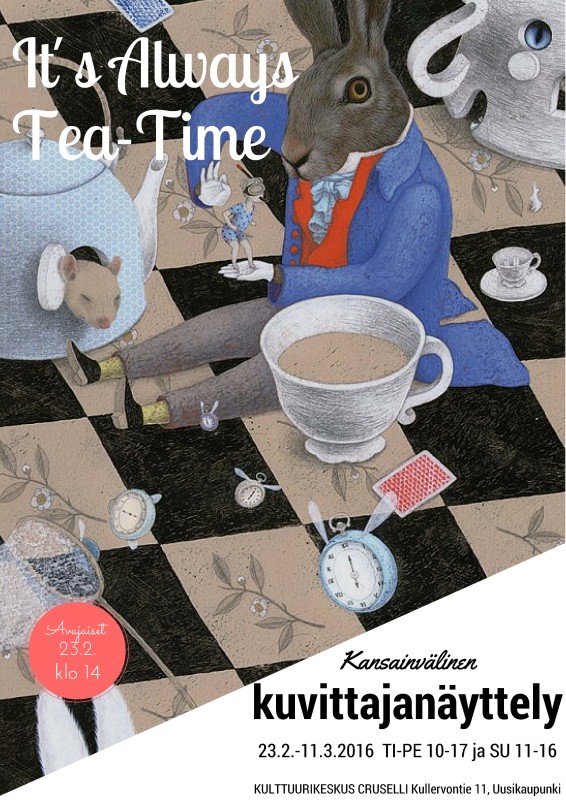