Estonian Children’s Literature Centre announced the Raisin of the Year award for the most remarkable children’s book of the year. The jury that consisted of all of the employees of the centre honored Juhani Püttsepp’s book The Moon is Like a Golden Boat (“On kuu kui kuldne laev”). The book is illustrated by the Latvian illustrator Gundega Muzikante and published by Tänapäev.

The literary researcher and a member of the jury, Jaanika Palm, said that despite the heavy topic, the author always takes it’s young readers into consideration: “Püttsepp has done a lot of research but he never forgets the addressee – a child who lacks in life experience and needs some excitement to drive the plot. This is exactly what makes the book the most remarkable book of the year – the cherry on top,” Palm added.

The author said that the book was inspired by his family story and he wished to write a story commemorating the children who lost their lives on their way to Sweden. “Three of  my great aunts from Mulgimaa (sisters of my grandfather Johannes) attempted to escape to Sweden with their families in 1944. Only one of them, the teacher and writer Keete Aniver, made it, others perished. Reet, Rein, Villu and Riina, the children of my great aunts, also died. The story began with the wish to commemorate their life.”

The author conducted a lot of research before writing. He visited Gotland as a journalist for the newspaper Postimees to look for traces of these historic events. “I saw those beaches and the local islanders that welcomed the Estonian and Latvian refugees. I also looked for boat refugees through the Swedish Estonian newspaper and met a number of people who were kids in 1944.” The author added that he is happy that the award will help to highlight these complicated topics.

The book was illustrated by the beloved Latvian book artist Gundega Muzikante. Her delicate and sensitive drawings make the book a masterpiece. The illustrator’s family also has a connection to boat refugees. Her grandfather Žanis Valdmanis was a sailor that helped refugees from Latvia escape to Sweden in the autumn of 1944. Žanis also escaped with the last voyage he organised leaving behind his wife and kids, one of whom was Gundega’s mother.

Since 2004, the Estonian Children’s Literature Centre has annually given the Raisin of the Year Award to the most unique or surprising Estonian children’s book published that year. Assessed are the author’s or artist’s work and the book as a whole. 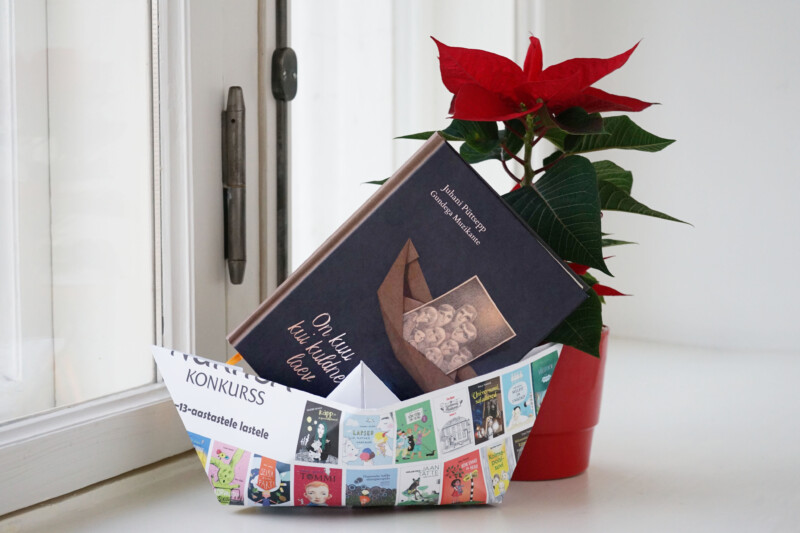