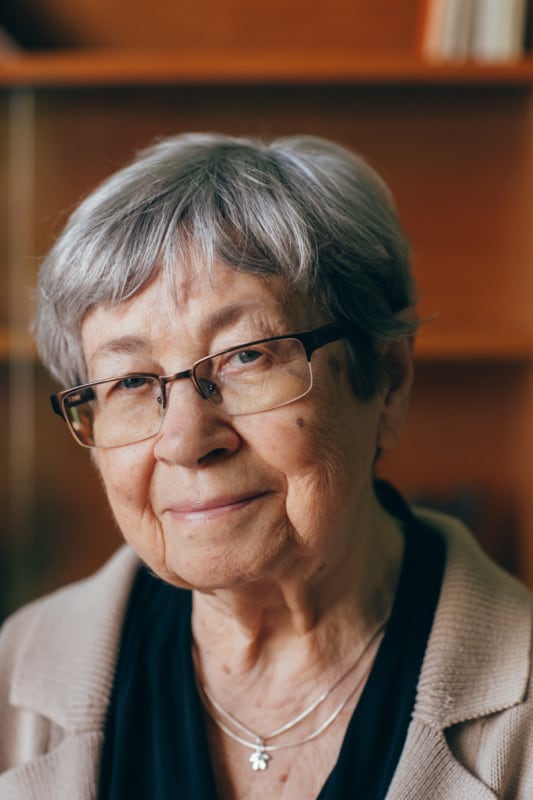 Aino Pervik (1932) is one of the most influential authors of modern Estonian children’s literature. She began her schooling at Järvakandi Factories in 1939, continued in 1946–1950 in Tallinn, and graduated from Tartu State University in 1955 with a degree in Finno-Ugric philology. Pervik has lived in Tallinn since 1955. She worked at the Estonian State Publishing House as an editor of children's and young-adult literature, and at the Estonian Television studio as an editor of programs for the same age group. Since 1967, she has been a freelance writer and translator from Hungarian.

Pervik has written over 60 children’s books, which have been translated into 12 languages and are often adapted for theatre and film. The author has won many major prizes, including the IBBY Honour List in 2004 and Estonia’s national award for children’s literature on several occasions. Her writing sheds light on existential problems: the preservation of ecological balance, the clash of different cultures, the finding of one’s identity, and other complex themes such as war, freedom, fatality, good, and evil. The author frequently addresses acute problems that children face in today’s world.

2001
Republic of Estonia Order of the White Star, Fifth Class
Annual Children's Literature Award of the Cultural Endowment of Estonia (the Paula-series)

2007
The Feathered One, Blower and the Black Monk (ELM)

Wikipedia (German)
Together with her husband Eno Raud (1928–1996), Aino Pervik (1932) can be named one of Estonia’s most important foundation-layers for the dynasty of children’s literature. Since the 1960’s, Pervik has written so many significant children’s books that already nearly three generations of readers have grown up on them. Although the “grand old lady” of Estonian children’s literature just celebrated her 80th birthday, she still continues to pen sharp and pertinent texts.

In Pervik’s own words, children’s literature should offer young persons a sense of security. Truly – the majority of her books end with arriving back in the warmth of home, and comfortably sitting down around a richly set table. Nevertheless, the writer does not keep her reader in a pink fuzz, or refrain from offering him or her blood-curdling experiences as well. Characters belonging to the dark side of the world she creates include the dreadful pirate captain Taaniel Tina, and a ghost monk with the head he chopped off himself under his arm.

Pervik describes the events taking place on a pirate ship and the lives and minds of contemporary preschoolers just as convincingly as the other. Her texts express deep life-truths, yet do so in a simple and understandable form. She never breaks into over-explicating or nannying, and is understanding and tolerant; however, an ethical dimension is always steadfastly in place in her works. She loves to use folklore motifs and mythical topics, and her texts are brimming with allusions and metaphors.

Kunksmoor (Old Mother Kunks, 1973) is a classic of Estonian children’s literature that speaks about taking care of nature, and uses a colorful old witch-woman as its main character. The witch lives on a lone island away from civilization, and is skilled in the ancient arts of healing; however, human weaknesses such as vanity and selfishness are no stranger to her.

Arabella, the Pirate’s Daughter (1982) makes an observation of good and evil, the lust for money, and the complicated relations of human warmth. Arabella, the only daughter of a pirate captain, sails along with the hardened band of thieves on the world’s seas – however, she wishes to step out of the circle of horror, greed, and fear, and become happy.

The “Paula’s Life” series, which comprises 17 books written in a realistic style for preschoolers and early grades, speaks of a seven-year-old girl finishing kindergarten and going to primary school. The brief texts are written convincingly, offering a young reader the opportunity to identify with the characters and cope with situations that might be new or scary for children. Most key topics affecting the lives of a modern-day child are dealt with in the books. For example: Paula moves with her family to live in a large city, ends up in the hospital to have her appendix removed, and encounters teasing at school.

The fairy tale Draakonid võõrsil (The Dragons in a Foreign Land, 2002) brings dragons that are refugees of a war into the world of people, thus amplifying the unique and unfamiliar subject matter. With the dragon family striving to adapt in strange human society, Pervik outlines how difficult it is to understand someone different from you, although the difference might merely be in appearance and form (the dragons’ body structure, breathing fire, writing in hieroglyphics, etc.). The book shows how easy it is to develop hatred and distrust of a strange culture, as well as how simple it is at the same time to get over it if one only wishes to do so.

In Presidendilood (Stories of a President, 2008), the author brings out the human side of an elderly head of state, talking about the president’s humorous affairs and secret weaknesses; showing the person himself that stands behind a dignified facade. For the president, it is tiring to go on official trips, to be polite and decorous all of the time, and to do what etiquette stipulates. The president would much rather be playing with his grandchildren instead.

The two-part fantasy story Maailm Sulelise ja Karvasega (The World with Feathered and Furry, 2000) and Suleline, Puhuja ja must munk (Feathered, Blower, and the Black Monk, 2008) is undoubtedly among the top achievements in newer Estonian children’s literature. The main characters of the dilogy are four fantasy creatures originating from old children’s songs. Although the plot unfolds rapidly and dynamically, the general topic is the power of song, word, and thought. Fantasies are able to form our surrounding reality much more than we believe. The fight between Good and Evil also takes place here on the level of imagination – a bad thought can give rise to actual evil.

Pervik’s second series of children’s books, “Tirilinn Tales”, is similar in some respects to the Paula stories: they are also meant for a beginning reader. The main characters in this case are five good friends. The author likewise deals here with uncomfortable topics such as superstition, witchcraft and racism, bringing them into a context to which children are accustomed.

Klabautermanni mure (Klabautermann’s Problem) contains a serious modern issue furrowed away into fairy-tale form. Ship-nixes (fairies) rescue 16 Chinese children kidnapped from their parents by a gang of criminals, who planned to smuggle them into the US and give them away for adoption in exchange for large amounts of money.

The picture book Rändav kassiemme (The Wandering Cat, 2012) brings readers the story of a stray cat that has to find a nest for bringing her kittens into the world. The text, which is meant for small children, is short and moving.