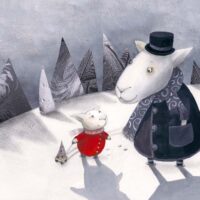 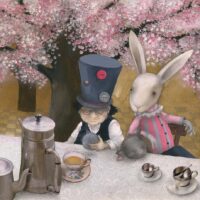 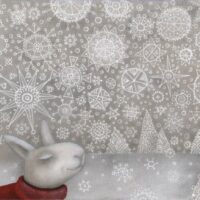 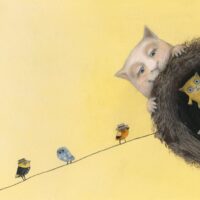 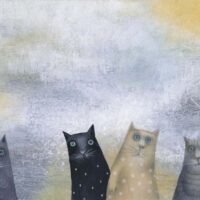 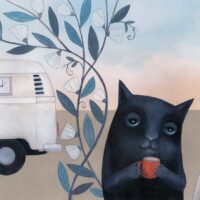 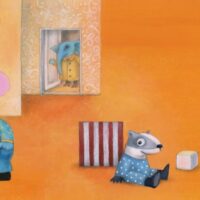 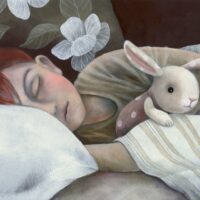 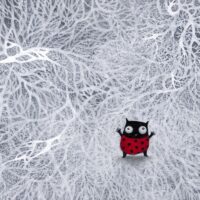 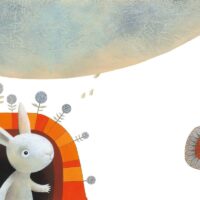 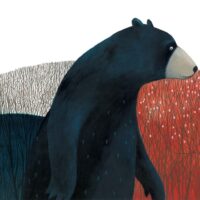 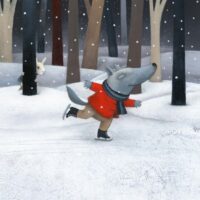 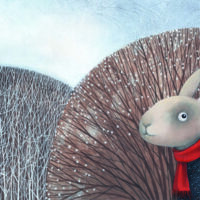 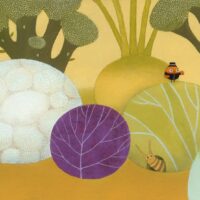 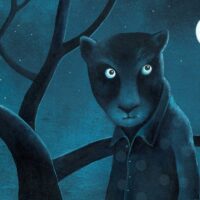 Radio Tajala (Facebook)
One of Estonia’s most renowned book illustrators had two dreams as a child: to become a cosmonaut or an illustrator. Two completely different desires: one that physically takes you to such distances, and another that can so much as be seen and touched! Catherine Zarip enrolled in the Estonian Academy of Arts (EKA) to study something very tactile – ceramics. She graduated in the field in 1995, but was given the chance to illustrate a workbook already during her last semester at the university, and indeed switched from ceramics to book design. In reality, there was nothing surprising about this. According to Zarip, she learned to read at a very young age and discovered the world of illustration at the same time, also. Libraries and bookshops soon became her favourite places. Even her first allowance was spent precisely on books, so that she could design her very own little library! Immediately after graduating from EKA, Zarip took a job as a book designer with the publisher Avita, where she worked until 2014 as the head artist for the majority of the time. Outside of her publishing work, Catherine Zarip arrived at illustrating children’s books more than a decade ago. In addition, she has frequently done work for the children’s magazine Täheke and been featured at exhibitions. It certainly is not the same as conquering the cosmos, but it allows her to roam through her fantasies ideally.

Catherine Zarip’s works are most correctly viewed through the prism of paradox. A book designer’s job is not easy. Given today’s publishing conditions, a head artist has to act quickly – contract deadlines are constantly breathing down his or her neck, there are perpetually cover designs to be done, illustrators have to be found, and – when necessary – the artist has to illustrate the books themselves, too. And so, Catherine Zarip has done the designs and cover art for several textbooks published by Avita, and has contributed a voluminous number of illustrations. However, there also has to remain time for one’s own original works alongside quick reaction-time. Zarip’s illustrations are very well-considered and the outcome of deep concentration. The artist finds that illustration must speak to the reader and not only depict the text in a visual manner, but enrich it as well. Illustration should help the reader peek behind the text for a moment, too.

Catherine Zarip’s illustrations always leave a fresh and elegant impression. Yet, what hides behind these abstract descriptive categories? In terms of composition, she frequently nudges the centre of gravity towards the fringes, which is in no way derived from the need to position text in a certain place. This state of “offset” results in a film-like feeling at times – you never know what else might surface somewhere! Zarip often implements completely unexpected perspectives when observing an object. Her pictures contain a great deal of air; of unoccupied surface. In spite of the absence of figurative filler, the space is not empty or simply left blank to achieve greater contrast. Instead, it is lightly filled with a tone or pattern, and is made into an inseparable part of the illustration.

In regards to illustration techniques, the artist often uses acrylic paints. This gives her the opportunity to make backgrounds glow as they do with watercolours, and allows her to apply colours more freely, resulting in fascinating factures and layering. Zarip’s colour solutions are manifold, ranging from pastels (although very colourful shades) through works done almost in the grisaille technique, where only a few lone brighter splotches of colour have settled. When using pastel tones, there is often the danger of the picture becoming too sweet; however, in Zarip’s works, some kind of balance is always found for every “sweeter” colour combination. Even when using milder tones, her works never turn foggy or diffused. The picture’s surfaces can indeed be processed to a very detailed point in places, but Zarip is able to avoid general dullness. Her figures possess clear boundaries for the most part, but are not drawn emphatically. Zarip’s signature can be recognised precisely by way of her animal characters, which are always very endearing and expressive. There is nothing insistently childish about them, nor are they excessively stylised or cute. Rather, one can sense human characteristics behind their expressions – outright personalities. At the same time, they are all characterised by a certain sort of contemplativeness.

Returning to the aforementioned paradox, one may say that this is exactly where the elegancy of Catherine Zarip’s works lies – her illustrations are simultaneously living and restrained; both detailed and generalising.

Catherine Zarip has written the following about her work: “Creating a drawn world is incredible work. You must come up with something new every time, and enhance your knowledge about the world and things. That probably is the kind of job every person should have – doing what you like and being able to create joy for others as well.”

It seems that Catherine Zarip’s childhood dream was fulfilled regardless. You do not need to be a cosmonaut to view the world from a certain distance and always in a new way – being a book illustrator suffices.