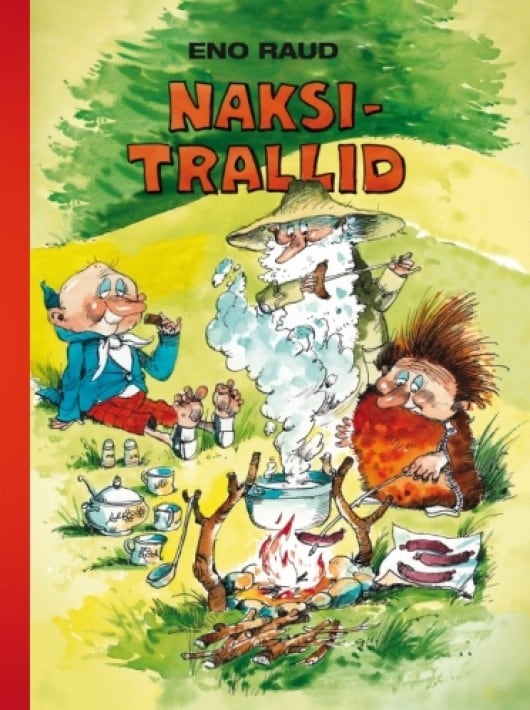 The four-part fairy tale series Three Jolly Fellows tells the adventures of three small men in a world that borders on the fantastic: the composed and close-to-nature Mossbeard, the irritable city dweller Halfshoe, and the sensitive poet Muff.

The first two books deal with a chain of events set off by human tampering with the laws of nature. An old woman’s inexplicable love of cats has lured a horde of felines to the city. Risking their lives, the diligent and ready-to-help fellows drive the gang of cats out of town, with the outcome being trouble in the city and nature alike: rats take control of the urban environment, all the birds are devoured in the forest, and insects consequently launch their own wave of destruction. Only through great peril do Mossbeard, Halfshoe, and Muff manage to bring the cats back to the city and restore environmental balance.

The third and fourth books address human dignity. A high-class lady wants to make Mossbeard her pet, and Muff finds himself being used as a toy by wolf pups.