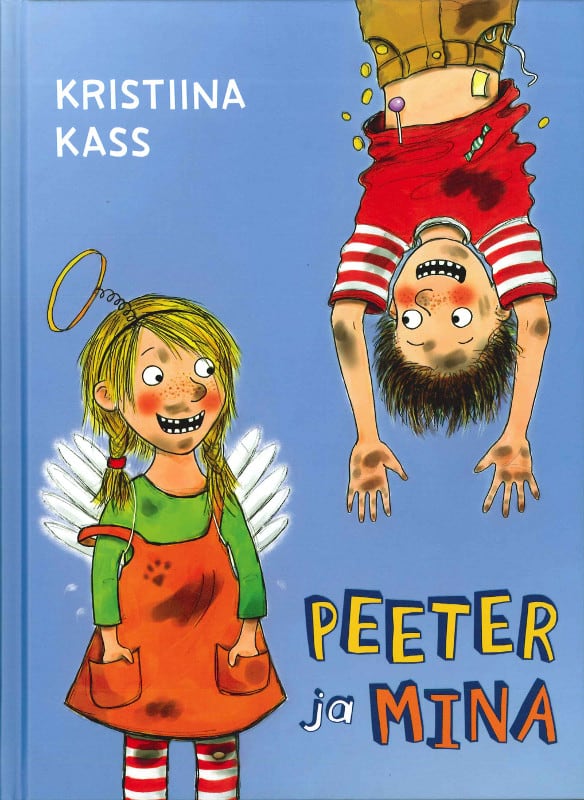 Her name is Angie. But since she is so tiny, has long, fair hair, and people usually think she looks so lovely, she is called Angel by almost everybody. Angel has an older brother named Peter, who is not as angelic as his sister. He is full of little tricks and ploys, and wherever he is, some mischief will happen. That's guaranteed!

The two siblings play tricks on absolutely everybody. Not only on their own parents and friends, but on complete strangers as well – at the beach, for example, or at the park, where they play the age-old wallet trick. No one knows what will happen when those two little tykes decide to help their mother, or even worse – to help their lovely neighbour. By the end of the book, one thing is certain – in this household, secrets never stay secret for long.
Peter and I (ENG)
2012 Nukits competition, 3rd place
2nd edition Tänapäev 2012